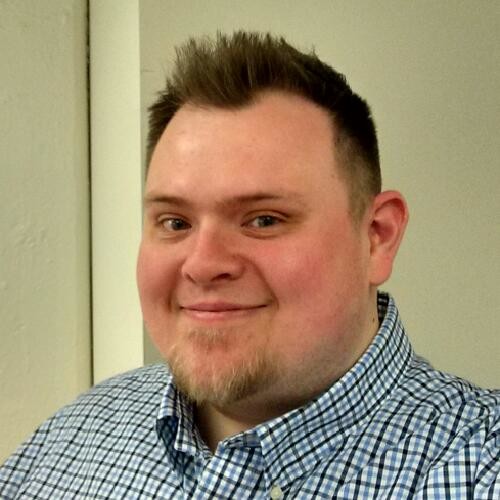 VR and Marketing: What You Need to Know

As an online furniture retailer, Wayfair has no brick and mortar showrooms to give customers a physical sense of the items they’re buying. How does the color of that fabric look against the wall? How does it look in a corner? How much space will it actually take up?

These are important questions to furniture buyers.

Wayfair was already a successful company ($2.25 billion in revenue in 2015), but they decided to explore a new marketing strategy in home furnishing e-commerce—they developed an augmented reality (AR) app.

Through the app, customers uploaded a photo of their space and dropped 3D models of the furniture into the image to get a sense of how it would look in real life. The app was a hit with customers and contributed to a Q3 2016 revenue jump of 57%, as well as a 60% increase in active customers year over year.

As a result, these technologies—collectively known as extended reality (XR)—are on the rise in marketing.

Extended reality is a catchall phrase that describes the entire gamut of experiential technology, including VR and augmented reality.

VR is perhaps the most well known XR application, popularized through characters in movies and television shows using a headset to enter a fully rendered and interactive virtual world.

AR, also called “mixed reality,” brings the virtual world into our own by “augmenting” real world environments with computer-generated information or virtual objects.

Commercial VR headsets, like the Oculus Rift and HTC Vive, drive the field with their sophisticated technology. These premium platforms do, however, require a significant initial investment, especially if you don’t have a computer with the necessary power to run them. Mobile VR headsets like the Samsung Gear VR or Google Daydream View enable tremendous VR experiences at a value, giving millions of users access through their smartphones.

However, the real opportunity for AR lies once again in the accessibility of mobile applications, whether practical or for amusement. Perhaps the most well known mobile AR app is Niantic’s “Pokémon GO,” which boasted 147 million monthly active users “catching” Pokémon around the world as of May 2018.

Reynaldo Zabala has worked for 20 years as a tech strategist and software engineer for web and mobile e-commerce platforms. He is also the co-founder of CLEVR Community, an XR-focused economic and community development nonprofit in Cleveland, OH.

His company, RazorEdge, offers XR solutions for companies that are looking to tell better stories. “Extended reality is largely about a return to storytelling for the individual and that’s what drew me [to the technology],” he told me.

While XR solutions like the Wayfair app are product-focused, he believes it’s the experience that’s driving the customer.

“We cannot ignore the shift away from a desire for products and services to experiences, and all other communication mediums are lacking in their power to deliver transformative experiences.”

Zabala insists that XR is more than just a medium. “We see beyond the technology to a brand-new communication channel that allows us to manipulate our senses in new ways,” he says. “Something very personal gets unlocked when we step into a digital VR world or we bring the digital world to our own with AR.”

AR is the most accessible way for a company to use this communication channel and give consumers not just a product catalog, but a product experience, that drives an emotional connection to that brand.

“XR is on a solid upswing in marketing,” Zabala says. “Over $400 million was spent on AR advertising last year and that number is expected to almost double this year. More than 900 million mobile devices are AR-ready so, yeah, it’s going to keep growing.”

Real estate and construction firms already offer digital tours of properties. Now imagine a law firm giving potential clients a virtual walkthrough of what to expect their first time in the courtroom, or a communications firm guiding a client through an interactive mock press conference.

As the technology matures, the possibilities for using XR as a marketing channel will grow—and it will all be powered in some way by artificial intelligence (AI).

AI is the engine for many of the incredible advancements occurring in XR.

In the Wayfair example, AI reads the angles in the photo of the room and automatically resizes the 3D furniture to give a realistic experience. It also uses computer vision to allow users to take photos of items they like in the real world and suggest similar items in their inventory.

“Companies like NVIDIA are pioneering new approaches using deep learning algorithms to generate virtual environments,” says Zabala. “One of the biggest barriers to success for any channel is obviously content. Making it easier to create new spaces without the typical legwork required by VFX teams is an extremely intriguing area for me.”

Wayfair’s wasn’t the first AR marketing app, and it certainly won’t be the last.

This is not a fad. The use of XR as a new form of communication is a significant development for marketing professionals and one that, with the help of AI, will continue to mature and breed countless innovations.

John D. Luteran is a freelance writer, attorney and Director of Immersive Media and Entertainment at CLEVR Community. He still remembers how excited his Grandma was when he showed her the streets of Paris for the first time through the Google Earth VR app on his Google Daydream View headset.