Facebook (now Meta) is all-in on artificial intelligence (AI), and this has big implications for businesses using the platform.

Hundreds of people at Meta now work on AI. Fast Company reports that CEO Mark Zuckerberg has "tripled [the company's] investments in processing power for AI and machine learning research" in recent years.

This isn't always a good thing.

But it's also created some terrible outcomes for users—outcomes like the spread of misinformation, division, and hate speech.

This is affecting businesses, too.

By understanding how Meta uses AI, and what that means for you, you can better plan how to leverage the platform for growth—or find alternatives.

What Is Meta/Facebook AI?

Facebook has indeed changed its corporate name to Meta. But its popular social platform is still named Facebook.

The organization within Meta that heads up the company's work on artificial intelligence is called Meta AI (formerly Facebook AI).

Meta AI heavily features the company's own AI research, including research papers and open source AI tools it has developed.

It also has robust commentary on the field and information on Facebook's presence at academic and commercial AI events.

The legendary AI researcher Yann LeCun is a VP and Chief AI Scientist at Meta AI. He pioneered some of the first commercial applications of machine learning.

There is also a Meta AI residency program, a year-long training program where individuals work on AI projects within Facebook in tandem with the company's own researchers.

How Does Meta Use AI on the Facebook Platform?

You likely experience Meta's AI every single day, as Facebook relies on the technology to work. 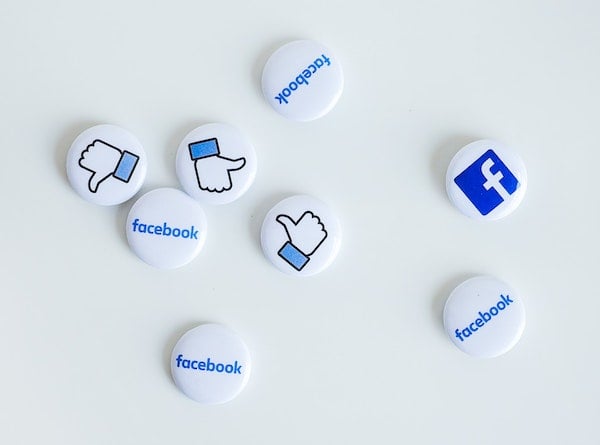 Meta's AI capabilities start with text. The company's DeepText system is a deep learning engine that understands text on the platform with near-human accuracy.

Composed of several neural networks, DeepText uses these networks to process the written word as it's used on Facebook.

The resulting data can be used in many ways: the company can now understand more than 20 languages to serve a global audience and better understand queries in its Messenger app.

Thanks to these developments, Meta is testing recommended responses in Facebook Messenger, which offer a logical next response to a friend or family member's message.

As Google and Amazon create their own voice and chatbot assistants, AI will likely play a large role in how messaging and artificial assistant capabilities are developed on the Facebook platform.

Image recognition (a type of AI) on the Facebook platform also auto-classifies what's happening in images without human captions or tags, allowing users to search photos using keywords even if images are unannotated.

Recent developments also allow the company's machine learning algorithms to automatically annotate photos with text, so that they're more accessible to blind users and more easily searchable by all.

In 2016, Meta open-sourced a number of its image recognition tools in the hopes this would accelerate facial recognition progress even faster.

The Facebook platform already uses algorithms to determine which content appears on your News Feed. This has been a defining feature of the product since the beginning, though the algorithms have changed over time.

But today, says the company, AI is responsible for more than just guessing what content you'll like.

"Machine learning models are part of ranking and personalizing News Feed stories, filtering out offensive content, highlighting trending topics, ranking search results, and much more," according to the company.

Part of that "much more" is Meta using artificial intelligence to combat a problem on the Facebook platform during the U.S. presidential election: fake news.

In 2015, TechCrunch reports, Meta released a Facebook update to fight hoax stories, which worked by penalizing stories flagged fake by a large number of users.

In 2016, the company experimented with using a machine learning algorithm to identify fake news.

Today, AI affects what you see when you browse the Facebook platform, based on your interests and what your network finds interesting.

But as the company teaches AI more about the context behind content, CEO Mark Zuckerberg has discussed the possibility of serving you content based on what AI not your friends thinks you'll like.

How Does Meta Use AI to Build the Metaverse?

The main reason for Facebook's name change to Meta is because the company is also going all-on on the concept of building "the metaverse." 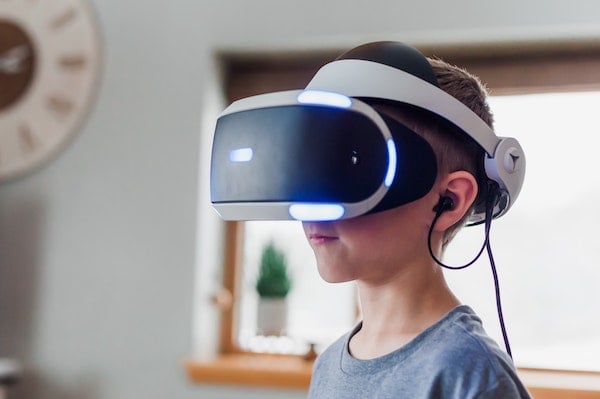 The metaverse is a term used to broadly describe the virtual world that will result from advances in AI, virtual reality, and augmented reality.

Advocates, like Meta, believe much of our social and economic interaction in the future will take place in the metaverse. We'll be able to build anything, travel anywhere, interact with anyone, and create, buy, and sell digital goods.

Zuckerberg has made it clear he sees AI as fundamental to unlocking the potential of the metaverse. He sees the metaverse as "an immersive version of the internet," according to VentureBeat. And, he sees AI as the foundational technology to power metaverse products, worlds, and experiences.

Much of the hardware and software required for realistic metaverse interactions will require increasingly advanced AI. Says the company on its site:

"Building for the metaverse is the most ambitious long-term project Meta has ever attempted, and the experiences we're envisioning are impossible to deliver with the software and hardware that exists today. Getting there will require major advances in almost every technology we work with.

A common link between many of these advances, from ultra-realistic immersive visuals to miniaturized devices capable of high-performance computing, is that they will be enabled by breakthroughs in artificial intelligence (AI)."

This includes building more advanced AI systems across the whole range of human abilities, like AI that better understands the world around it.

While it's still early, it's quite clear that Meta AI is now focused obsessively on developing AI for the metaverse.

No discussion of Meta AI is complete without honestly addressing the very real problems the company's technology has caused.

Meta is on the cutting-edge of AI research, development, and commercial application. It employs some of the top experts in the field. And there are undoubtedly plenty of well-meaning professionals at the company who are looking to move AI forward.

The company is under fire for using algorithms (powered by AI) to profit by creating division and sowing misinformation.

The company's entire business model runs on advertising, primarily through the Facebook and Instagram platforms. The only way to get advertisers to pay up is to get users engaging with the platform.

And, it turns out, a great way to maximize engagement among some people is to surface fake news, disinformation, and hate speech.

This is both a problem with Meta leadership and an AI problem, according to Facebook whistleblower Francis Haugen.

The AI used on the Facebook platform is optimizing towards the goal of maximum engagement.

Meta's leadership appears to have let the AI do that without appropriate safeguards to stop problematic content from being surfaced.

Not to mention, the decision to maximize engagement above everything else is a conscious leadership decision.

This is a problem that likely has to be solved by humans, not machines.

While the company uses AI to moderate content, it's clearly not working as well as it needs to in order to avoid issues raised by whistleblowers like Haugen.

The problem is that this AI is composed of extremely complex algorithms, and it's quite likely no single human knows how they all work. That makes regulating the technology itself difficult.

The "black box" problem is a huge issue with a lot of AI systems. It's not always easy or even possible to tell why a machine makes the decisions it makes.

(For instance, Meta researchers had to shutdown an AI experiment because the bots in the experiment invented a language the humans didn't understand .)

Instead, it appears the company needs to alter its operational incentives to avoid serious issues from happening in the first place.

What Does Meta/Facebook AI Mean for Businesses?

Meta AI has a major impact on businesses that use the platform to engage with and advertise to customers. 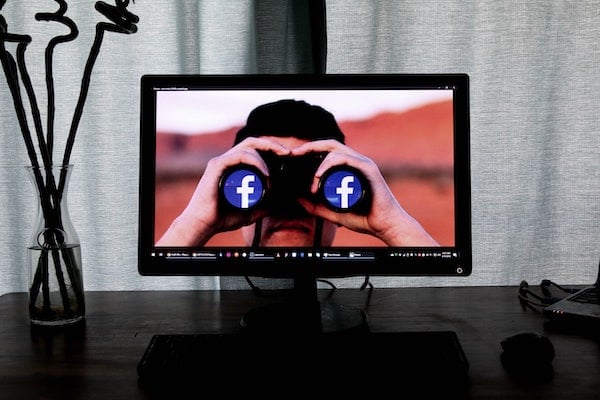 AI already has a major impact on how the Facebook platform works and how each user interacts with the platform.

Its News Feed is governed by AI, and could become more dependent on the tech in the near future.

The platform's machine learning systems are getting better at understanding text and images.

And the ads you see could lean heavily on the preferences and insights AI reveals to the company's data scientists.

The use of AI across every aspect of the platform is likely to accelerate.

In 2016, Meta introduced FBLearner Flow, an internal platform that shares machine learning knowledge and code across the company.

At a high level, FBLearner Flow makes it possible to apply algorithms and models from one aspect of the company's operations to others, speeding up machine learning developments.

The problems with the Facebook platform spreading misinformation and hate speech are very real.

Until the company gets a real handle on the problem, businesses that advertise on the platform need to realize their brand may show up next to this content.

That can be hard to explain to customers and stakeholders. It can also severely damage your brand.

From ads to organic content, businesses rely on the News Feed to get their messages in front of consumers.

If AI begins to exclusively determine what users want to see, advertisers may have less insight into how those decisions are made.

The hope would be that super-effective AI would make reaching the right audiences with paid ads even easier.

However, this may not apply to organic content if what your brand shares doesn't beat out the content selected by algorithms.

On the Facebook platform, businesses may need to rely far more heavily on paid targeting than engagement from organic sharing.

Take a Hard Look at Your Content's Value

Consumers and Facebook have more control over platform content than ever. AI developments on the Facebook platform accelerate changes at scale that potentially give users more ability to filter out unwanted messages.

Mediocre posts and updates are not going to cut it. Businesses need to take a brutally honest look at how much value they're creating with their content.

Assume right now it's not enough, and plan how to change that.

Depending on the AI-fueled changes made by Meta and other tech giants, you might need to fight fire with fire.

These may provide critical guidance on how to generate an adequate return on the Facebook platform and other platforms. It pays to start demoing tools that catch your attention.

Whether you love Facebook or hate it, you need to pay attention to Meta AI. How the company uses the technology has a very real effect on society and business as we know it.

Facebook, AI and Fake News: What Marketers Need to Know

Fake news, and Facebook’s fight against it with AI, have major implications for marketers. Here’s what you need to know.

How Your Instagram Photos and Hashtags Are Training Facebook's AI

Your weekly roundup of the best artificial intelligence and machine learning articles on the web. This week we're reading about how Facebook is using Instagram hashtags to train their algorithms, the new AI features announced at Google I/O 2018, and more.

No matter your company’s size, you can learn 3 very important AI implementation lessons from Facebook’s recent experiments with artificial intelligence.