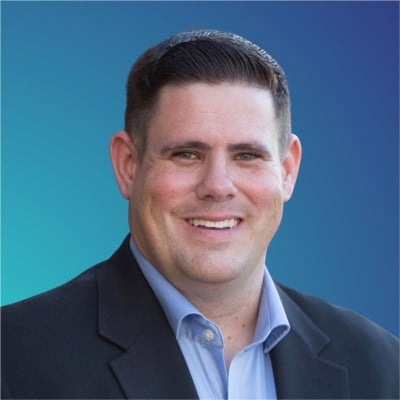 How to Prepare Your Brand for AI Disruption

But the destruction wasn't caused by the earthquake. It was caused by the fires that started afterward, some from broken gas lines and some from human error, that raged uncontrollably for four days and nights, ultimately destroying some 500 city blocks.

The earthquake enabled the fires, which then consumed the city.

The relationship between the earthquake and the fire is a useful metaphor for the massive changes we see in business.

Carl Benz patented the first gasoline-powered car in 1886—that was the seismic event, but it was Henry Ford 10 years later and his assembly line—the fire—that had the greatest impact on the horse and buggy industry as a whole.

The same goes for the ecommerce revolution. Ecommerce was a seismic event that enabled anyone to sell nearly anything online. But the fire was how Amazon has been able to capitalize on that platform and go on to dominate the market—the fire that has consumed countless retailers such as Sears and Borders Bookstores, and placed others in the line of fire such as Footlocker, Macy’s, and grocery stores with their acquisition of Whole Foods.

We are experiencing a similar seismic event right now. While AI is not a new technology, the convergence of tectonic plates of computing power, pricing of storage, abundance and access to algorithmic models, and the continual growth and access to data are creating some deep, low rumbles that are translating into surface-level shakes.

I mentioned Amazon above, but they are only one of the companies that have found a competitive advantage in AI and data in general. The others that makeup FAANG—Facebook, Apple, Netflix, and Google represent over $6.1 trillion in combined market capitalization—which represents over 18% of the entire S&P 500.

What do these companies have in common? They have learned to leverage their data to determine strategy, product development, logistics, marketing, sales, finance, and user experience.

So, how does this apply to AI?

Nearly two decades after the 1906 quake in San Francisco, the completion of the Hetch Hetchy water system was finalized at one of my favorite places in the Bay, the Pulgas Water Temple. It commemorates the journey of water that traveled 160 miles from a valley near Yosemite, all the way to the Bay. It was designed to provide the water pressure needed to fight massive fires like the one in 1906 and has the added benefit of providing drinking water to some three million-plus Bay Area residents.

This herculean effort took planning, partnerships, cooperation, and determination. They had to get buy-in from multiple municipalities, counties, and private landowners to plot the perfect route from the mountains. At each step, they encountered opposition from environmental activists—a fight that is still ongoing some 100+ years later.

Like the water needed to fight the fire, we need to enable our teams to leverage the data to make strategic decisions about our future and which fires are worthy of our time and effort.

The challenge is that many companies still have their data locked up in silos or snow on the side of a mountain, with no way to get it down to where it is needed.

A few steps that companies need to take to build the data management system necessary:

Without making the data accessible, your AI project will be consumed by the fire and not give you the competitive edge you seek.

The time to win the battle is before it starts.

The line above is paraphrased from Sun Tzu’s Art of War. We are still in the early stages of AI, machine learning, and overall algorithmic efficiency. But those companies that can make the most out of their data and find strategic insights are in a position to win the coming decade of dramatic business change. In fact, Forrester researchers estimate that these "insights-driven" businesses are growing at a 30% YoY rate compared to their less data-driven competitors.

Getting to insight-driven status starts with making your data connected, accessible, defensible, and accurate.

Starting with an effective and well-planned data management strategy gives your business the water pressure needed to fight the fires of competition before they grow out of control.

Scott Spiker is a growth advisor at SprigHub, a company that offers AI-powered marketing products.